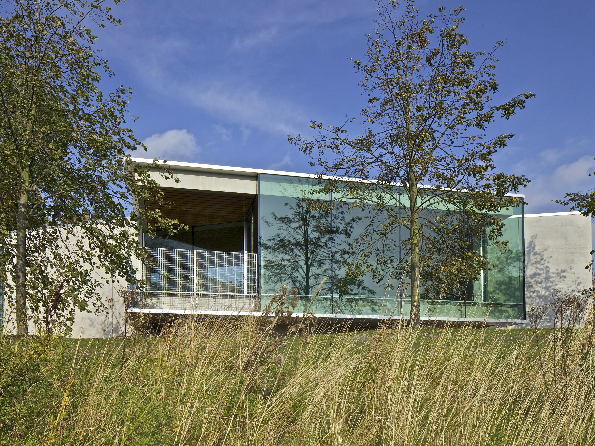 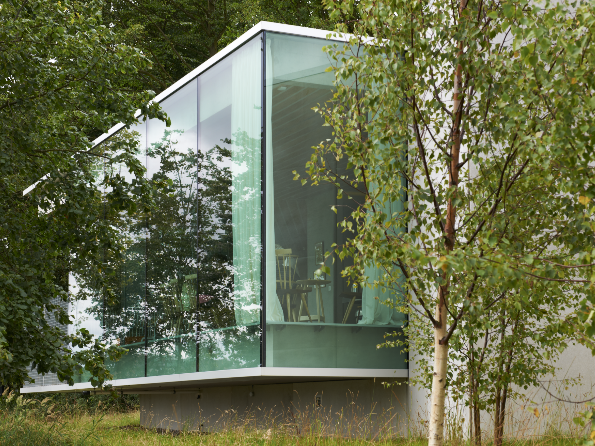 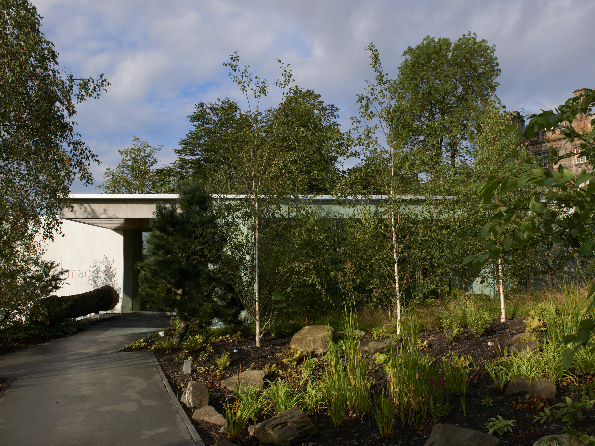 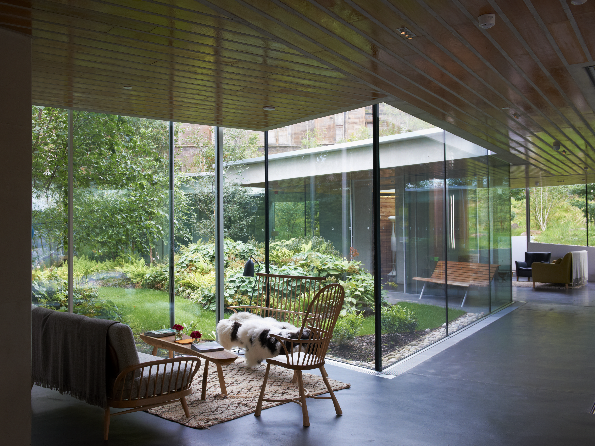 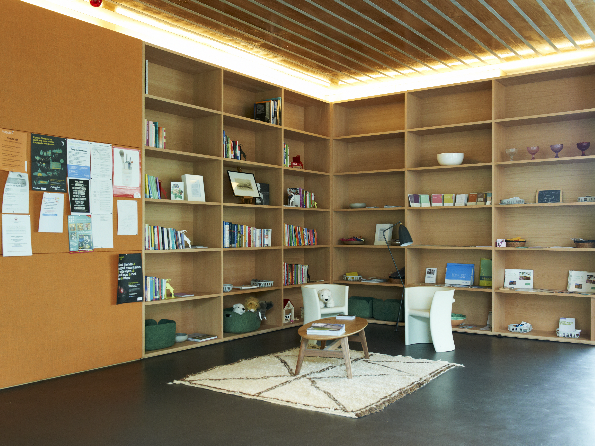 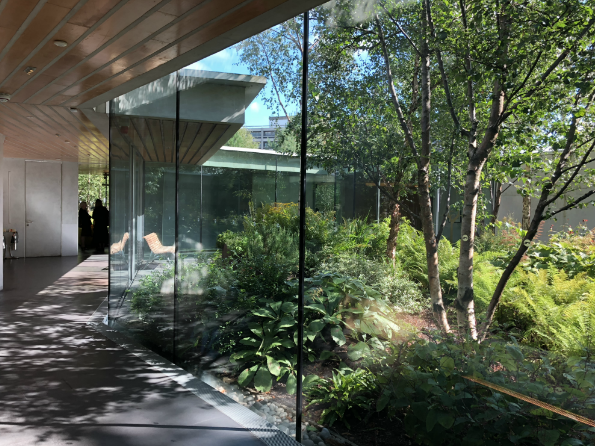 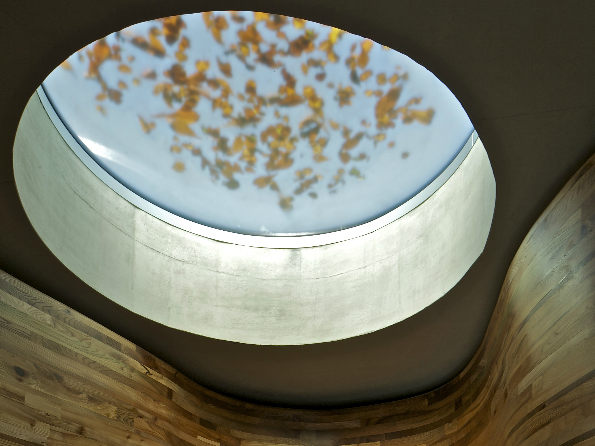 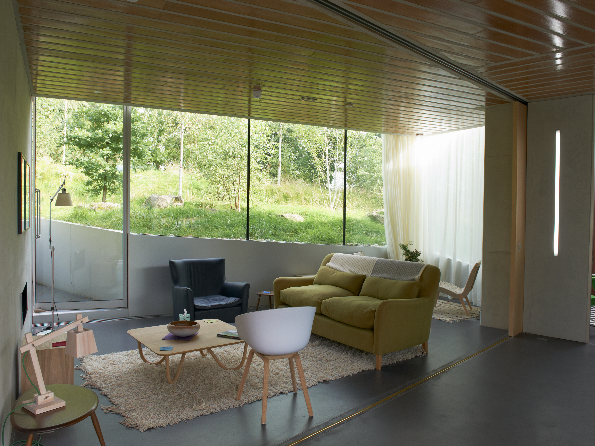 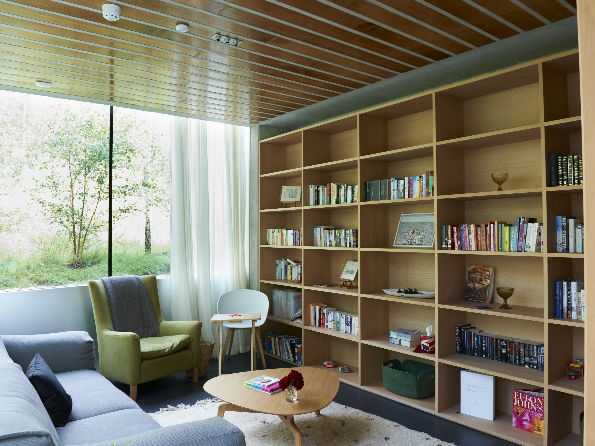 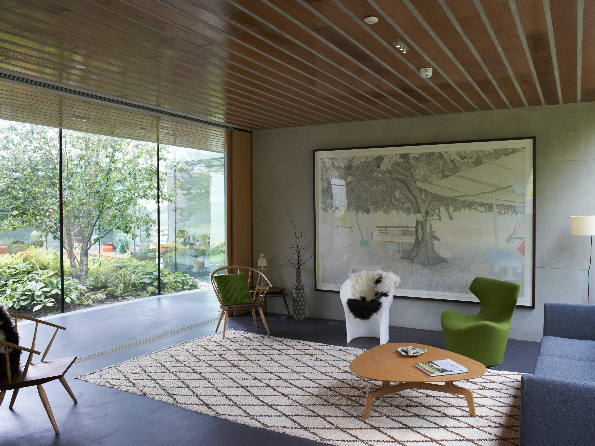 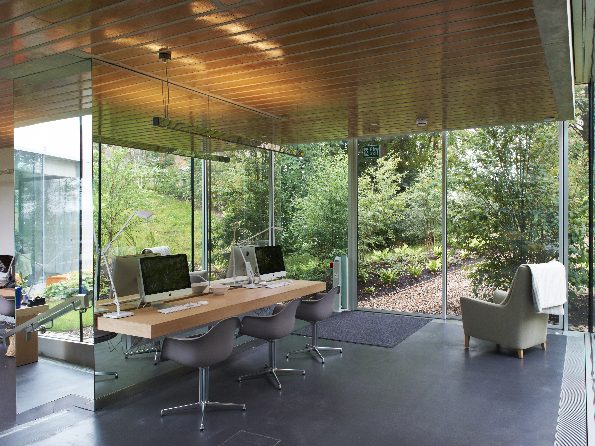 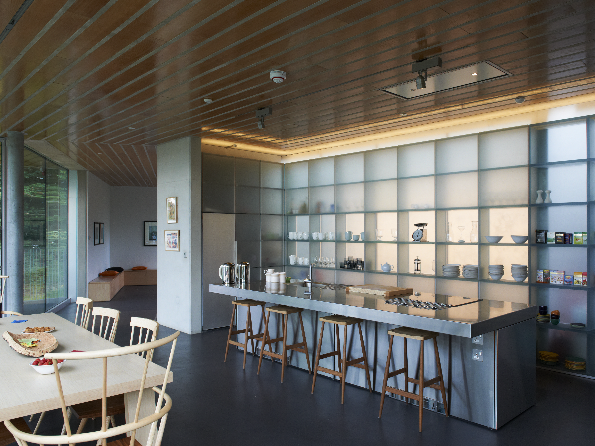 The striking, single-storey building built in 2011 is formed as a ring shape around a landscaped internal courtyard, and is nestled among the woodland in the grounds of Gartnavel General Hospital.

Rem Koolhaas, the Pritzker-winning architect of OMA, designed the interlocking rooms to flow into one another while still remaining separate, “like a series of scenes of domesticity in which the kitchen, dining room and library appear in succession.” This makes the centre feel homely, and in direct contrast to the institutional atmosphere of a hospital.

“Everything has been designed to show an enthusiasm for life. And you need that when you’re fighting cancer – you need something to give you a bit of life and power.”
– Lily Jencks

“We accepted the commission with eagerness. I don’t think it should be a building that challenges people to live better; rather it should have a direct effect on the people who use it. The space we have is great because it is linked to the existing hospital, but far enough away from it for us to create another world. It has both privacy and a central position; both sheltered and slightly exposed. The Centre will have a holistic feel and hopefully will provide respite and comfort for people.”

Everything you need to know about how all our centres are created – the philosophy behind their unique design, the importance of architecture and gardens and how we choose the people we work with.

Stay up to date with our news and fundraising by signing up for our newsletter.
Sign up