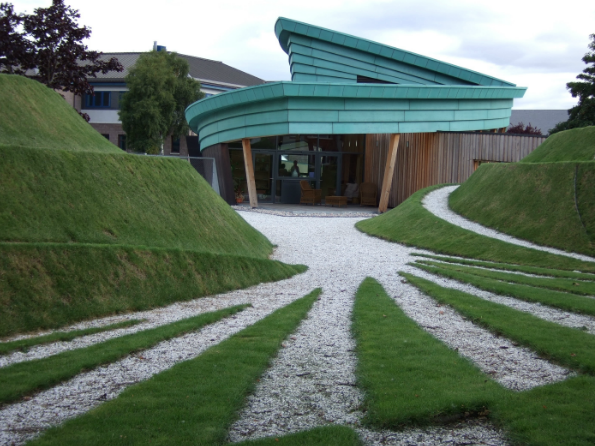 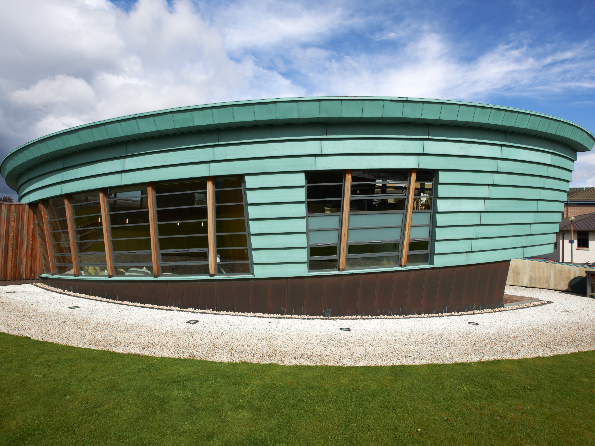 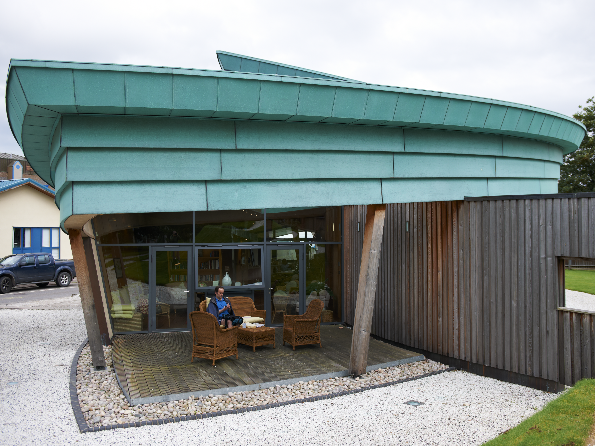 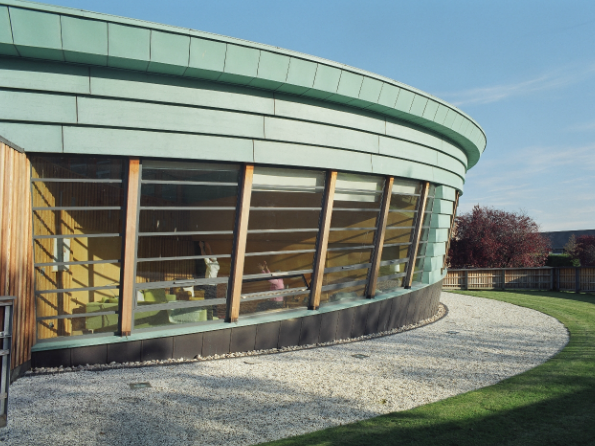 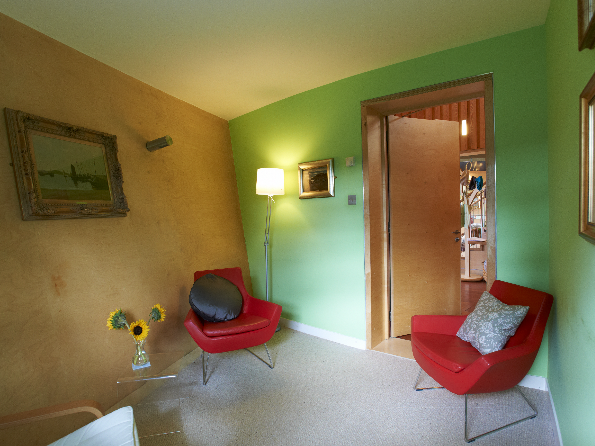 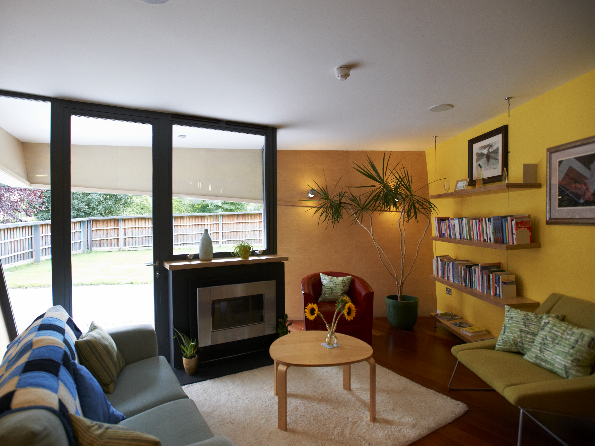 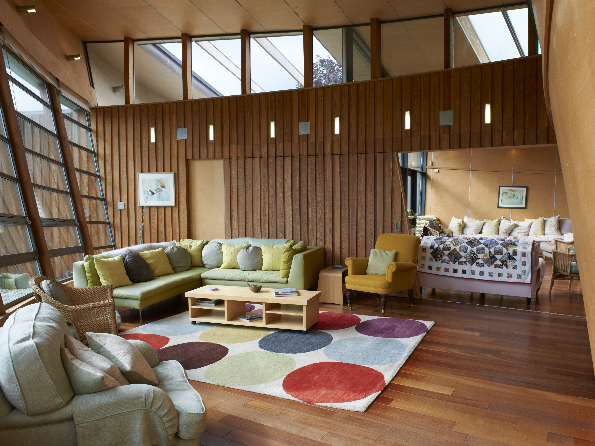 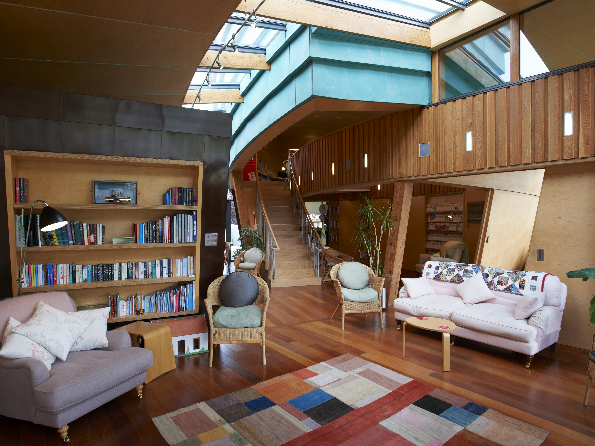 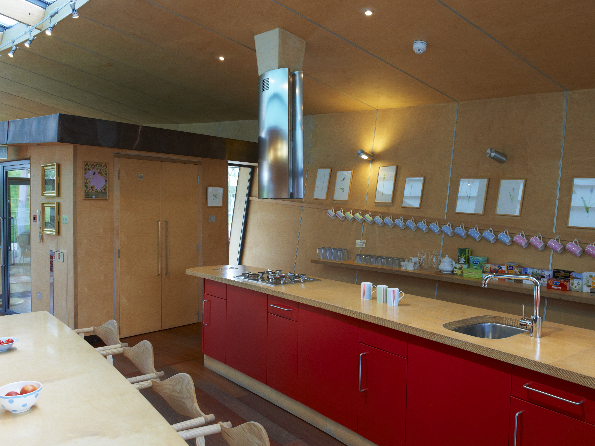 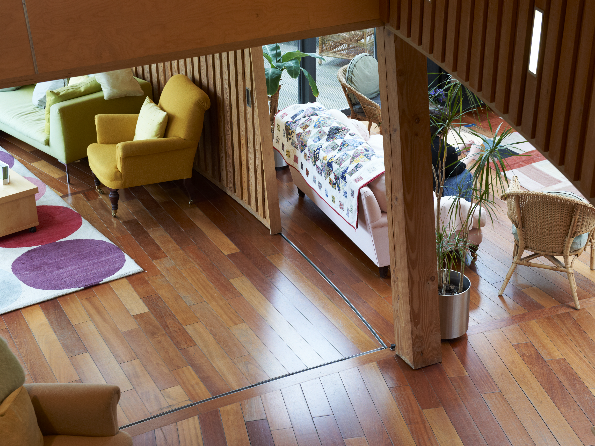 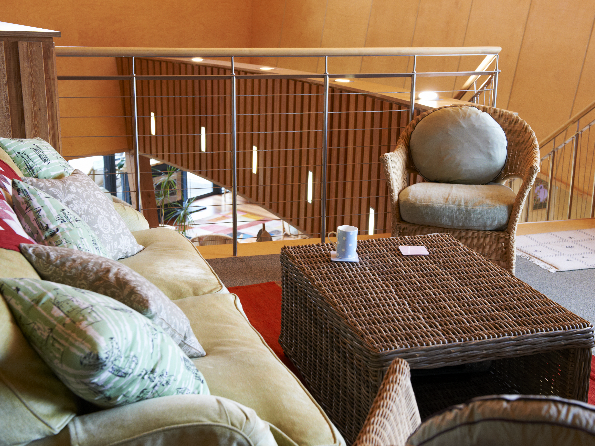 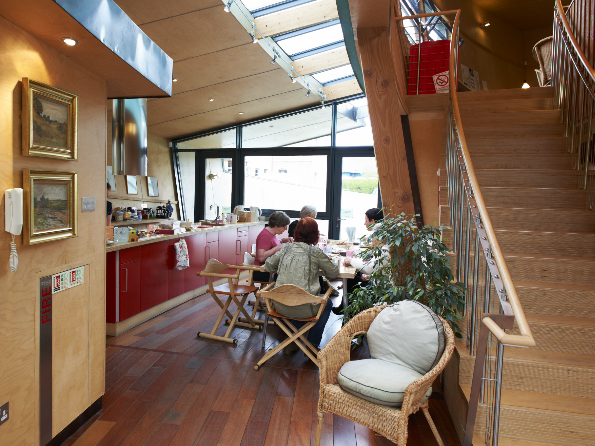 Maggie’s Highlands was built in 2005. It's a round, sculptural building with an incredibly striking, green copper roof.

The building and gardens

The building and its surrounding garden were designed simultaneously as a collaboration between David Page, who took the lead on the building, and our co-founder Charles Jencks, who led the garden. Their inspiration was the mitosis or division of cells, and the evocation of life that they represent.

As Charles explains, “the cell is the unit of life: dynamic, really exciting, a factory of life itself, and I thought it was time to celebrate the cell.” Space and form flow through the spiral of both building and garden, the synergy between the two breaking down barriers and creating an embrace of warmth and safety.

This feeling continues in the interior design, which manages to be warm and nurturing, while simultaneously offering openness and a great deal of light.

Spiral shapes dominate the garden, with the grassy mounds and gravel shapes mirroring and complementing the shape of the building. The barriers between landscape and architecture are blurred and broken, as the spirals of time and of cell mitosis merge and mirror one another throughout. The overall effect is one of tranquillity, peace, and a sense of life at its very core.

Page\Park Architects are one of the most well-respected practices in Scotland. They were founded in 1981 by David Page and Brian Park, and have won more than 150 international design awards since.

Everything you need to know about how all our centres are created – the philosophy behind their unique design, the importance of architecture and gardens and how we choose the people we work with.

Stay up to date with our news and fundraising by signing up for our newsletter.
Sign up